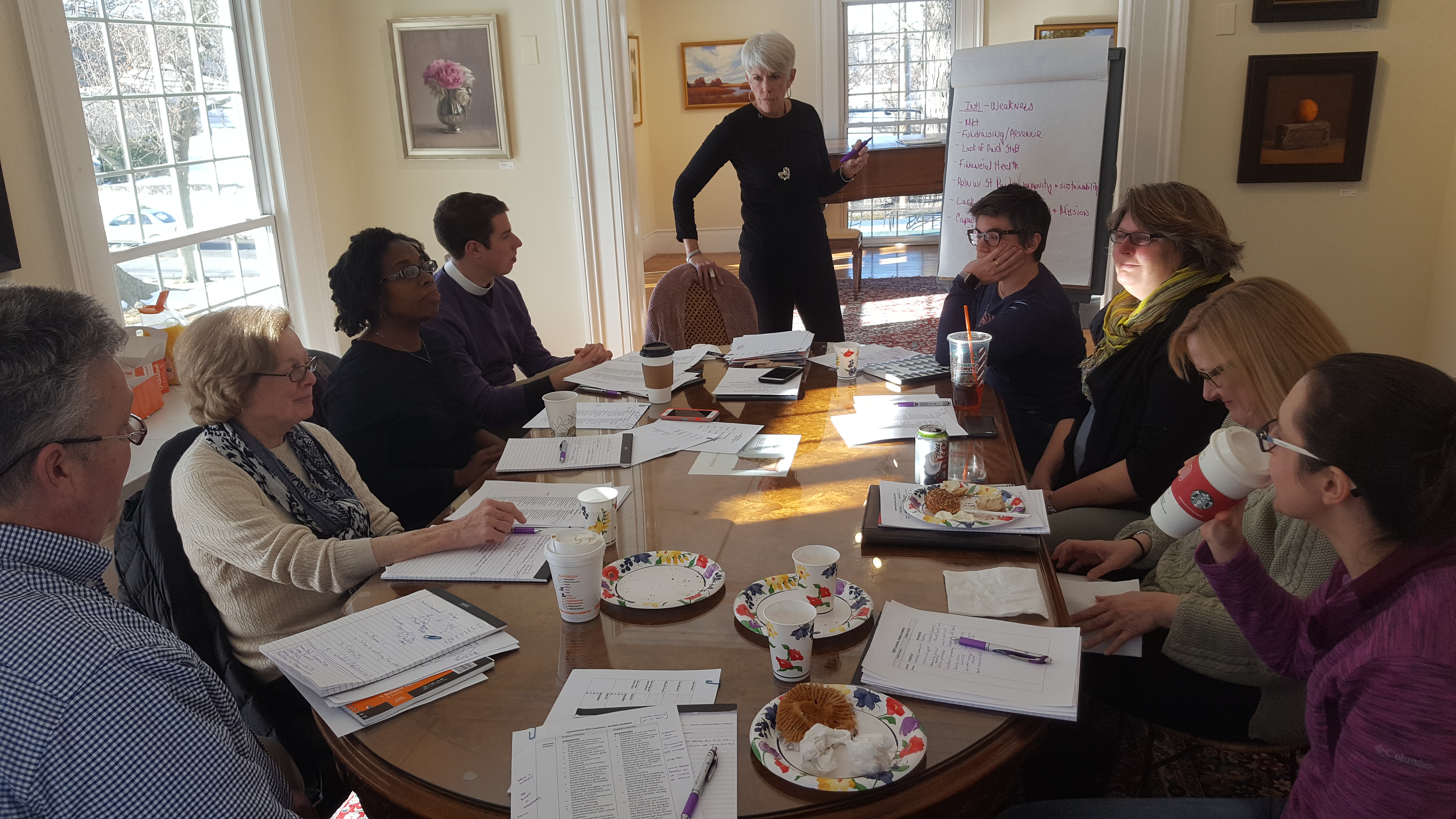 Seabury Academy’s Board of Directors is made up of proponents of music and art from Norwalk, Fairfield County, and beyond.  It includes parents of participants in the Chorister program, parishioners of St. Paul’s on the Green, working musicians and artists, and nonprofit and financial professionals, all of whom join together to create a stable and lasting foundation for all of Seabury’s programs.

Read the minutes of the board’s latest meetings:

Anthony Howard, Vice President (joined 2019), is a Connecticut-based LGBT activist and non-profit leader. Anthony has been engaged in grassroots organizing and capacity building with various LGBT organizations for the past ten years. He is currently the Director of Marketing and Communications at Circle Care Center, an LGBT-focused primary care medical center in Norwalk, CT. Previously, he served as the first Executive Director of Triangle Community Center, Fairfield County’s LGBT community center, from 2013 – 2018. During his tenure, Anthony led the revival of Fairfield County’s Pride Festival, the creation of TCC’s social service navigation program and the launch of a training program to promote LGBT culturally appropriate services. Anthony recently rejoined the board of The Pride Network, an organization he helped start while attending college with its founder, Christian Fuscarino.

Susan Cole, Secretary (joined 2017), has taught art for 31 years: at Brooklyn Friends School and The Chapin School in New York City, and for 22 years at St. Luke’s School in Connecticut, where she was Head of the Art Department. Primarily a painter and printmaker, she has exhibited throughout New England, including juried shows such as the Silvermine Guild of Artists’ “Annual Art of the Northeast,” the Ridgefield Guild of Artists, and the Center for Contemporary Printmaking. She earned a BA from Wellesley, an EdM from Tufts, and an MFA from Pratt.

Natasha Karpinskaia (joined 2019) is a Russian-born artist, art historian, and educator. She has had numerous solo and group shows both nationally and internationally. Her works are in many private and some corporate collections in the U.S. and Europe. She was a recipient of a prestigious grant from the Connecticut Commission on the Arts. She has been teaching courses in abstract painting, mixed media, printmaking, and art history at the Silvermine Guild of Art, Pyramid Atlantic in Washington, D.C., and other art centers. She was a professor of art history at the New York Academy of Art. She had also worked as a curator at the Tretyakov Gallery, Moscow, one of the largest museum of Russian art. She received her PhD (ABD) in American art from Columbia University in New York, M.A. from the Academy of Fine Arts in St. Petersburg, Russia, and M.A. from the University of Linguistics in Moscow, Russia.

Elia Kopreski (joined 2018) is a Digital Marketing Consultant, Strategist and Corporate Trainer with over 19 years of experience. She runs XLR8 Digital (“accelerate digital”), a Premier Google Partner Agency and holds various certifications in Google Analytics, Search, Shopping, Video, Mobile & Display Advertising. She attended the University of New Hampshire and holds a Dual B.S. degree in International Affairs and Marine & Freshwater Biology with a minor in Spanish. She brings to the Seabury board her digital marketing, technology & strategy skills, full of ideas and energy.

Elia is the mother of Lucas, Eden & Gavin, choristers in the Saint Paul’s Choir, and life/business partner of Ryan, who holds a PhD in Physical Organic Chemistry. The Kopreski Family have been attending Saint Paul’s for almost 4 years where they have all been a part of the Choir for the past 2 years. Elia looks forward to working with the board of the Seabury Academy to help its mission in promoting the arts and music for all ages.

Susan Leggitt (former Vice President, joined 2015) brings 15+ years of experience in leadership positions in non-profit arts organization with a record of delivering improvements, growth and goal-surpassing performance. In her role of curator/gallery manager of ARTWorks Gallery on the Green, the gallery itself has been elevated to a more professional space through the installation of track lighting, increased publicity, and the curation of highly visible artists. Many years of connection with the art world both locally in Fairfield County as well as Hartford and New York City brings to the table valuable contacts and resources. She has also owned and operated Leggitt Associates, a corporate communications company, for 25 years.

Nick Revel (joined 2018) is the founding violist of PUBLIQuartet, which was string quartet-in-residence for the Metropolitan Museum of Art’s “MetLiveArts” 2016/17 season. PQ has been presented by the Late Show with Stephen Colbert, the Metropolitan Museum of Art, Carnegie Hall, Dizzy’s Coca Cola Club, and the Newport Jazz Festival. He’s collaborated with Benjamin Millepied, Björk, Paquito D’Rivera, and Billy Childs. As a composer Nick’s 2017 commission “In DayDream” for viola and guitar was premiered in Carnegie Hall in 2017. In addition, he has self-produced, self-composed, and self-recorded his debut album titled “Letters to My Future Self” of all original compositions, improvisations, and sound designs for viola, to be released on Centaur Records fall 2018

Jake Street has been Artistic Director of Seabury Academy since 2015.  He has studied music at Holy Cross College, Oberlin Conservatory, Yale University, and in Lübeck, Germany.  He is currently the Director of Music at St. Paul’s on the Green.

David Ward, Treasurer (joined 2018) has a background in private equity and corporate finance and served as CFO of two publicly traded healthcare companies.  David has a Master’s Degree in Mathematics of Finance from Columbia University and a Bachelor’s degree in Mathematics from the University of California, Berkeley.  He currently works at a hedge fund.

Seabury was a big part of Steve Worth (joined 2016) and his family’s life from 2008 to 2014. During those years, two of Steve’s three kids sang in the Chorister Program. They sang with fine musicians, traveled far and wide, and created friendships that will last a lifetime. Steve was a frequent chaperone on NYC trips, at Choir Camp, and on the 2013 England trip. Steve works with Riverside Financial Group LLC in Riverside CT., lives in Keene, NH, and is husband to Elsa Worth, the Rector of St. James Episcopal Church in Keene.  Steve enjoys music, working with his hands, and reading.